I was born and raised in Cádiz, the most ancient city still in Western Europe.

Since I was a child, I was already kind of a “director.” I used to drag my friends to fantastic adventures like to look for hidden treasures or explore narrow caves. So it’s not a surprise that I feel so comfortable on set having “adventures” with my cast a crew.

Originally interested in being a screenwriter, I started my career 20 years ago as a video editor in TV. I continue working in 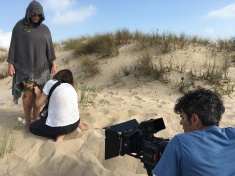 the postproduction and/or camera department in lots of productions.

That diverse experience helped me, indirectly, to grow as director.

Eight  years ago I wrote, directed and produced a mystery and adventure short form series in Spain. With the help of an amazing cast & crew, we got the co-production of one of the most

Since then, I continue developing new projects around the world while I work in the Visual Effects of big-budget Hollywood movies and TV series. 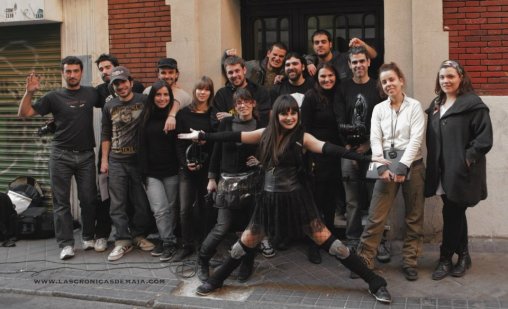 My first Virtual Production experience.
Sunrise over Niagara Falls //
Cold feet // Pies fríos
¡Feliz Navidad a todos! Disfrutad todo lo que podáis de estas fiestas con la gente más cercana a vuestro corazón.
Last week, shooting some ultra-slow-motion plates for a Title Sequence.
It's really touching that our short “Ninti” has been awarded in the "Humans Rights" category of the New York "Retro Avant-Garde Film Festival" 😭\\
First Snow
Hunting #sunrises
Filming with the latest technology 😉#nobatterynoproblem #super8 #zenitquarz #fashionfilm #filmaking #vintage #soviettechnology #autumn
This vintage lens was born the same year as me, so I guess it has the same amount of experience as my eyes.
Very proud that the first award for this petite short film I directed last year goes to the actor Noaman Rahin @soulwithflow . He and the actress @paz.jurado did a fantastic job.
Our micro-short film has received some love from Serbia.
%d bloggers like this: